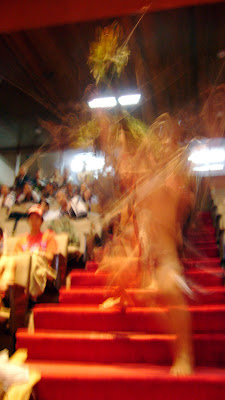 In the Philippines the Indigenous Peoples' Rights Act sets out a legal procedure for indigenous people to claim ancestral territory and gain security of tenure. In Indonesia however, it remains to be seen how this struggle for rights will manifest itself in legal and political arenas. The government’s policy since Former President Soeharto’s time has always been that all Indonesians are indigenous (Li 2000, Moniaga 2007). The accepted label for indigenous groups was masyarakat terasing, or isolated community. The government’s policy towards indigenous peoples has been one of assimilation along an externally prescribed path of development (Persoon et al. 2004). Subsequently, indigenous peoples had no control over the management of natural resources in their territories. Through the years of independent government, they have been officially labeled as isolated and backward and the only avenue for them for full participation in Indonesian society was through integration. They have been the objects of a government-directed civilizing mission. This is slowly beginning to change.

Indonesian advocates for indigenous peoples claim that in the past it was dangerous to say ‘indigenous peoples’ out loud, or to use the term in their documents and statements. It was considered subversive, especially under Former President Soeharto’s rule (personal communication, member of Aliansi Masyarakat Adat Nusantara). In international spheres and in verbal discussions among themselves Indonesian advocates used the term openly. On paper, however, they would revert to the more accepted label of ‘traditional communities’ (masyarakat tradisional or masyarakat hukum adat). Nowadays, discussions and debates are “more open”, signifying the breaking down of discursive boundaries. In the first Kongres Masyarakat Adat Nusantara (roughly translated, Congress of Traditional Communities of the Archipelago) held in Jakarta in 1999, 231 representatives from different indigenous groups around the country gathered together (Down To Earth Special Issue 1999). They issued the unprecedented, fierce statement: “If the government will not recognize indigenous peoples, we will not recognize the government.” 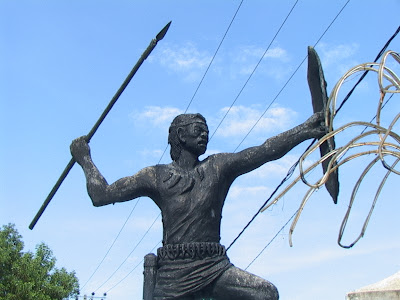 In my discussions and interviews with Indonesian activists, I picked up a general consensus that the biggest boundary to the recognition of indigenous peoples’ rights was the absence of a law to protect indigenous interests. In reflecting on the process of gaining a foothold in Indonesian policy, a member of the Aliansi Masyarakat Adat Nusantara (AMAN) said, “The next step is a political game.” In other words, advocates are now actively pursuing legal reforms, especially legislation that would uphold the 1945 Constitution, which, in turn, recognizes the right of ‘traditional communities’ to resources and development.

... [However], the absence of a law on indigenous peoples’ rights has not prevented the Ngaju Dayak, particularly of the district of Katingan, from creating their own forums for the negotiation and revitalization of adat, or customary law. The leaders assembled at the meeting described above were taking advantage of decentralization and the relatively new power vested in local government in Indonesia. As a fairly new district established by law only in the year 2002 (U.U. No. 5, 2002), there is still much room in Katingan for the development of new local laws and regulations. The results of this meeting were to be turned over to the local government as part of a recommendation that new laws and regulations should be developed in accordance with customary laws. As to the question of which customary laws should be enshrined in the rule of local government, a committee of local leaders was to be formed, in order to create a compendium of adat collected from all 11 sub-districts of Katingan. Another request that was explicitly directed to the local government was for the appointment of sub-district-level and village-level demang, or adat leaders to work closely with the local government officials in overseeing local juridical matters. Pooopdlkjesfv skerrr fgkdowe avn otksldte kdfogn eortnlsddfg!