September 24, 2007
Nope, that is not a typographical error. Panagrenga it is! A celebration to rival the Panagbenga's frivolity and utter uselessness!

At the poetry symposium held two weekends ago (hardest hangover to shake off ever -- so far!), we had a renga experiment.

A renga is a Japanese form of poetry in which the first three lines are composed by one person, and the next two lines are composed by another. We broke these rules of course. We asked the seven poets to start one renga each on seven sheets of paper, and we passed the sheets of paper along through the audience asking them to write a line or two each. Thankfully, we ended up with seven rengas with seven to ten lines each, instead of seven rengas with 50 lines each. (We had about 50 participants in all.) 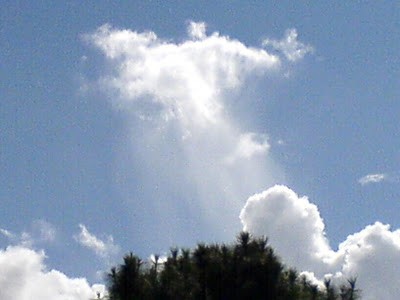 Here is the one begun by Marjorie Evasco:

Pine, the word to name the tree and a longing
Pine, so much more than a scent; it is our being
Pine covered up by wires and walls
Pine slowly enveloped by mounds of rubble
Let your cool needles embrace me, warm me
Like pine wine when I fine dine
Pine, the nostalgic truth of an unredemptive childhood.