Good news for a change! From the Sierra Madre! 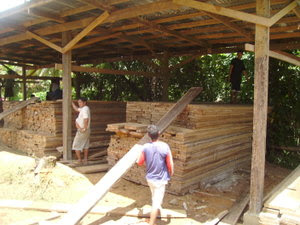 Photo source: WAVE of the future 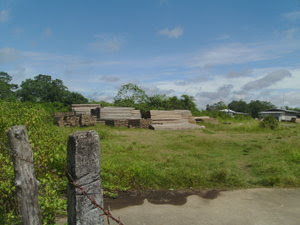 Photo source: WAVE of the future

"Amidst the maddening hoopla about Mancao, H1N1 and Chacha, Isabela Governor Grace Padaca quietly applied for and served two search warrants against two big time players in Isabela's logging game. Two large stashes of undocumented lumber from Luzon's most important forests - the Northern Sierra Madre Natural Park amounting to 700,000 board feet of high grade lumber were confiscated. One of the big time loggers was arrested and the other is in hiding. And it is not over. More actions are expected in the weeks to come.
"The campaign began around this time last year, when Governor Padaca soutght help from a number of sectors on her campaign. I-Witness did a full feature documentary (part 1, part 2, part 3, and part 4) and many sectors applauded but actual support was still not forthcoming.
"More recently, the campaign has accelerated from a mere checkpoint to really finding the main players. But the escalation is happening out of the glare of media due to myriad other political stories closer to the center, not to mention the voyeuristic ones. There is no other way but to do it through grassroots networks and let media realize that it's snowballing without them.
"Webcast CONGRATULATORY MESSAGES FOR Magsaysay Awardee GOV. GRACE PADACA, AFP's Major General Nestor Ochoa (5th Infantry Division), PNP's Police SSupt. Jimmy Rivera, Tanggol Kalikasan's Jay Lim and Asis Perez for one of the largest illegal logging confiscations in our history within a 5 day period. The total haul was nearly 700,000 bd feet and this time, it's the big fish on the hook. Media should sit up and notice, good news doesn't come often.
"This alignment of the planets should be taken full advantage of as it might not happen again. Governor Grace has chosen a very good time and a dream team. Isabela has a new bishop, Bishop Joseph Nacua, a new Provincial Director of the PNP appointed in March 09, a new AFP District Commander appointed in January 09.
"NOW is the time to act. NSMNP will not have another chance like this. National and international support are sorely needed. If this escapes attention, they will be sitting ducks. Let us do an internet EDSA and let them know even from our desktops, we are there and will make an infernal ruckus if something ever happens to these heroes."

For more details and links, visit WAVE of the future here, here, and here.

Spread the news! It's good to have positive news when and where we can get it!