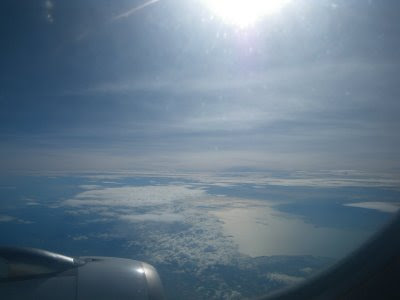 On the flight from Manila to Dumaguete my seatmates were Sister Vangie of the Daughters of Charity and Father Kevin of Maryknoll. The first thoughts I had as they took their seats beside me were:

1. It's a good thing the New Scientist Issue with the cover story ‘How Your Brain Creates God’ is still in my backpack; and,

2. "Oh god -- oops, hey thou shalt not take the Lord's name in vain! -- they're going to judge me and sniff me out for the sometime-Buddhist, Igorot-pagan-wannabe that I am!"

But there was no reason to get my guard up because we shared an interesting conversation for the duration of the flight. Sister Vangie told me she was one of two Filipina nuns stationed in Cambodia, running a hospital there. Father Kevin is from the U.S.A. and also works in Cambodia. He helps run a hospice for children living with HIV/AIDS and when I naively asked him whether there were a lot in Cambodia, he said there were 300 under their care right now. Father Kevin also teaches for a MA course on mental health in which all his students are Cambodian. This shouldn't have surprised me, but it did because of the common perception of Cambodia being a land bereft of its educated people, artists, intellectuals, and professionals since the Khmer Rouge genocide. While Pan Dora and I were in Phnom Penh we noted that there were a lot of universities with names like Golden Tomorrow and such, which we found amusing but I hadn't given them a second thought. Of course, what is less sensational and therefore less known about Cambodia is that it is also a country in the process of healing and rebuilding. So of course there are Cambodian students in those universities, and of course some of them are going on to get their master's degrees and doctorates too. Sister Vangie said in their hospital they are slowly turning over responsibilities to local staff but that there is still a lot of training to be done. I asked Father Kevin what he thought of the observation that Cambodia was a country run by NGOs. He agreed and said that this was not necessarily a good thing.

After our conversation, I drifted back to two days in Cambodia in January 2008 that struck me more forcefully and deeply than the breathtaking beauty of Ankor Wat. But that’s another story that I will tell after the story of three heavenly days in Dumaguete, coming soon. (Eep. I've already broken several promises to write about this and that. This one I will keep. Promise. Hehe.) 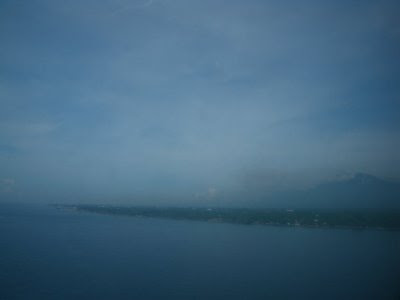