Back in the classroom

June 19, 2009
I have said this many times before and I'll say it again now: I have a love-hate relationship with anthropology (which I have been studying since 1992) and academia (which I have been wandering in and out of professionally for the past eight years). The root of the "hate" part is this queasy feeling I get whenever I'm doing anthropology or writing academic articles. It comes with this persistent voice in my head that says: "I should be doing something more useful."

The root of the "love" part is more difficult to explain, which is why it holds such sway over me.

Yesterday was my first day back in the classroom as a lecturer. (The first time was when I taught Introduction to Sociology and Anthropology at the Arneo for a semester in 2001.) 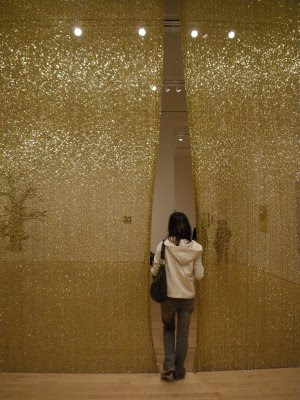 Academia, it's not quite as glamorous as it looks but...
This semester I will be teaching SDS 265, a seminar on community-environment relations, to a wonderful group of graduate students taking up their Masters in Social Development Studies at U.P. Baguio. They are wonderful because they come from diverse backgrounds, different ranges of experience in development and environmental work, and most important of all, they have high expectations.

One cannot or SHOULD NOT teach and feel unsure of what one is doing in the classroom, I think. So I was lucky to stumble across this quote on antropologi.info and go into class bearing this in mind:

"The term public intellectual presumes that during the rest of the academic work we're doing something else, that we're private intellectuals. The point is that we are communicating to the public. We are teaching or we are writing...

The role of the intellectual doesn't stop when you walk into the lecture room. It starts there."

Spoken by Richard Jenkins at a symposium in memory of Marianne Gullestad, a Norwegian anthropologist who is remembered for consistently sending short versions of her scientific articles to local and national newspapers, and who is credited for making "most people in Norway know what anthropology is or have a better understanding of it than in many other countries."

As I write this I realize that it is quite a conceit to think of one's self as an intellectual and take that too seriously (cue in embarrassed laughter here), public or otherwise. But then again, it's also quite a responsibility. Which will it be, for me?

I'm looking forward to finding some answers (and more questions, inevitably) this semester.

Unknown said…
consider it a duty and a blessing to be able to teach and impart knowledge and elevate this country's standards a notch higher. Kudos to your students with great expectations!

the reward in teaching comes years after when your students incorporate what you've taught them into their daily lives. And when they pass this knowledge forward.