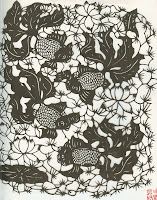 In search of a memory, I open a drawer in my mother's house. I find intricate paper cuttings of goldfish swimming in lotus ponds, which I bought in China the year I lost two friends to murder and decided I had to leave Baguio, for a while. Those are not the memories I wanted to find. I dig deeper into the drawer. Underneath the paper cuttings I find this letter, which I wrote that same year and at the beginning of the one term I taught part-time in Ateneo. It still isn't the memory I am after, but it has caught my attention and I let it take me where it will.

'You are pessimists and optimists at once. On the one hand, you are all more or less willing to believe that you have nothing to lose and everything to gain through enrolling in your core courses, whether or not they interest you. In this sense, you are optimists.

'On the other hand, an alarming number of you say that you do what you do because you must comply with "the system" or lose, and some even went so far as to say there is no point in questioning the system. In this sense, you are pessimists, doubting your own capacity to change things.

'Dear students, saints are saints because of their faith in One (God, one system, one way, what have you), which extends beyond the immediacy of their own lives. So much so that in death their faith was not extinguished but burst into light that shines upon us to this day.

I don't think I ever gave my students the letter. I was anticipating the difficulty of teaching anthropology to undergraduate students of political science, legal management, economics, business management, and management of information systems. It was also my first time to teach. On our first meeting I had asked my two classes how many of them were enrolled in SA 21, Introduction to Sociology and Anthropology, out of interest, and how many under duress. An overwhelming majority had come because they had to, and raised their hands with a bored look on their faces. So in their first assignment, I asked them to reflect on why they were enrolled in SA 21: Because it's required? And if so, why did they think the university required it? And what did they expect to gain from being in a class that was required? I remember I scribbled out the letter after reading the 50 or so short essays that sat on my desk the following week.

I am astounded by my... I don't know... is it naivette, idealism, or audacity? But more than this, my tendency to be my own worst critic is overcome by my surprise at how inspired I seemed to be, at the time of writing. Can it be, that I have forgotten what it's like to feel such un-self-conscious, unabashed, heartfelt inspiration?

The wonder I feel at finding this letter leads me in search of more memories and I dig out a folder from under the big old pine wood table (we used to eat on this table, but that's yet another set of remembrances) in our library, and its label reads SA 21 (2nd sem 2001-2002). 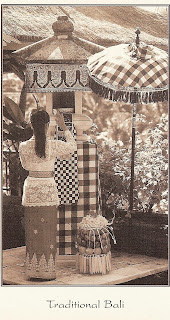 When I open it, my old notes come sliding out and with them a postcard of 'Traditional Bali' which is a sepia photo of a Balinese woman making offerings at an altar, her hand poised in the air with a frangipani flower in her fingers. The postcard is from Faye, one of my students, who explains in a separate note (she didn't write on the postcard) that she saw it in the shop of the National Museum, and wishes me well in whatever I choose to do next. Her note is dated March 18, 2002, possibly the last day of our class and after I announced that I was not ready to stay on as a teacher, because I still had so much I needed to learn. This is another memory I wasn't looking for. It seems that memories elude me when I seek them out, but they find me when I least expect them.

Today, I am writing this after having just returned from a week in Bali.