Palengkera: Notes on the kapihan 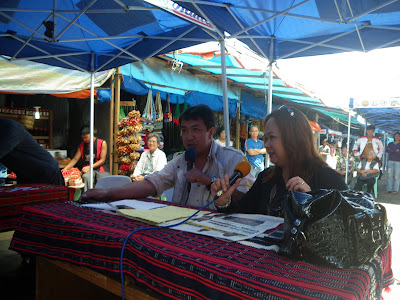 The glaring absence of city government representatives in the kapihan sa palengke is indicative of their reluctance to be transparent and to practice true democracy.

It's true that our city officials have many priorities that they must attend to and we must respect that, but for the record, the following were invited: Mayor Peter Rey Bautista, who said he would be there at 11 a.m., but failed to appear because he was distributing gifts at a charity event organized by the Baguio Cantonese Association in SM. City Administrator Atty. Fianza who declined due to a prior engagement. City Engineer Bañes and Architect Degay who first said they were deciding which one of them would attend and then who, on the day before the kapihan, said they had a trip to Ilocos Sur -- a CBAO activity and they had to be there. We respect the choices they made but cannot help but feel that it was a wasted opportunity for dialogue.

The questions people wanted to ask them were simple: When will the restoration of the burned areas begin? How quickly can the restoration be completed? What does the plan look like? Can the public, or representatives of the market vendors and other stakeholders, observe the bidding process in the name of participation and transparency? What else can be done to further improve the market place, once the restoration is completed? 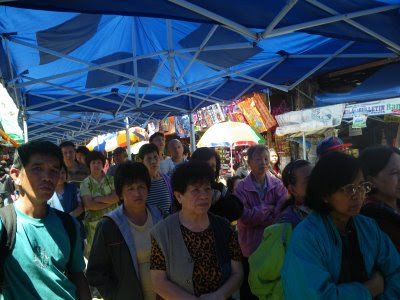 An officer of the CBAO had this to say when we followed up on their participation in the kapihan: Naiforward na sa Bids and Awards ang plano so wala na kayong pwedeng itanong sa amin. Hindi na kayo magkuquestion dito. Kung may iku-question pa kayo, dun na kayo magtanong sa Bids and Awards.

Bids have already been submitted for the restoration of the burned areas.

The vendors need the restoration to begin as soon as possible, and to be completed in the shortest time possible.

The market, and the rest of Baguio, needs the citizenry to stand up for transparency and good governance.

Two dear manongs of mine approached me on the fringes of the kapihan sa palengke yesterday and said two things that gave me much to think about.

One said that "Baguio is hopeless. Look at Burnham, have you seen the news? It's hopeless. We have reached the tipping point and there's no indication of things getting better anytime soon. It's depressing."

Another one said, jokingly: "You are the unqualified doing the unnecessary for the unconcerned."

Anonymous said…
Haay salamat sa internet. Meron update agad si Padma re market dialogue. For sure I'll still be reading about it next Sunday in BMC. Thanks.
10 June 2009 at 15:59

Babeth Lolarga said…
Lemme just get some pressing deadlines and appointments out of the way. When I return to Baguio, I'll resume my ranting & raving against those indifferent SOBs in City Hall. But as a dear friend said of Peter Rey Bautista--his main concern is to get his ass in Congress in the next election. The f__k he cares about our city!
11 June 2009 at 07:24