A Moment with Mom E.

June 06, 2009
Tito Krip arranged for the both of us to visit Mom E. before his flight back to Manila on Sunday. It was mother's day. I wasn't sure whether she would remember me.

The beginning was awkward. I told her that I was in the writer's workshop in 1993. Tito Krip told her I was my father's daughter. She turned to me and said kindly, "Your father I know."

We made small talk and eventually (inevitably) the conversation led to poetry.

Mom E said, "It's harder to write short poems, because you have to be precise."

Feeling emboldened by this (most of my poems are short), I hesitantly asked her whether I could show her a poem. Mom E's eyes lit up and she said "Yes, of course!"

I was so happy. Now we both knew why I had come.

I showed her my draft of Invisible Light, on which I had crossed out words and scribbled changes and crossed them out again.

"Oh good," she said. "It's a short one. Good." She nodded approvingly. She asked Helen for her eyeglasses.

I waited with bated breath. She read slowly, deliberately.

I cannot explain to people
how it is to have you gone.

I can only think of how
the harsh light of harvest moon
tugged you away from me
and then the tides pulled me under.

But even that I cannot explain...

She read it twice, slowly, silently. And then she firmly planted her finger on the poem's weakness.

She put her hand on my knee. She turned to the poem again and read it slowly to herself a third time. She pointed to the fourth stanza.

"See this is the only clue that this is about a baby born prematurely."

I can only think of how
the night we brought you home
it mattered that we wrapped you tightly
in a blanket and the candle we lit
beside you seemed to need us
to keep it burning as you
might have needed us
had you not been born
before your time.

But even that I cannot explain.

"You need to make it clear that this is about your baby. You need to let us know. Then the poem will be stronger." 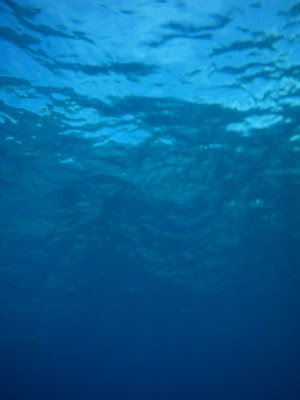 Pointing to the last stanza, which was messy with various attempted revisions, she frowned slightly.

I read it aloud to her.

I can only think of how
the stars surely still hang in the sky
even in the unforgiving light of the
noontime sun.

"Ah!" she smiled with what I thought (hoped) was pleasure.

"You know," she continued. "I lost two babies in the war years. Now God is asking me to understand. I was so sad that it took another eleven years before we had a child. It was so painful to lose those two in the forest during the war. But God has his ways and now he asks me to understand. I was being prepared to be a mother to many."

Mom E had started a poem about the loss of her babies.

"Something about the forest, a stranger," she paused and reached into the past. "There is a stranger in the forest. Something like that."

But, she said, she never finished it. She told me her daughter Rowena kept asking about it and Mom E said to her,

"Sweetheart, there are certain things that simply cannot be completed."

When it was time to go, I hugged Mom E and told her I was so happy to see her. She took both my hands in hers and squeezing them tightly she leaned forward so that we were looking into each others eyes, and Mom E said, "No, it's good to KNOW you."

I left with a lump in my throat.