"The University as arena for competing discourses" 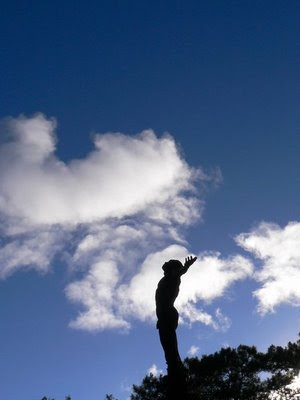 Photo by FGSLP
"The university as arena for competing discourses" -- Prof. Delfin Tolentino

That's the first line of notes I wrote during the Baguio Centennial Conference, which was held in U.P. Baguio on March 6 and 7. Two whole days of discussion from academicians, activists, advocates, and Actademixvocates! The geek in me was thrilled to attend this occasion as an observer, and the participant in me left exhausted. Before I go on and share some of my notes on the conference, here is an introduction to the actademixvocates.

The Actademixvocates are a fascinating tribe. They are a proud people but, strangely, are often quick to deny their identity due to a strange cultural discomfort with being "put in a box," as they are often heard to say in casual conversations. A semi-nomadic people, they migrate from issue to issue until they find a time and place where their skills and knowledge may best be suited to prevailing conditions, at which time they may decide to settle down. Often this happens very late in life. Actademixvocates are known to easily blend in with their chosen communities. Much status is accorded to certain individuals and these can be recognized by affixes and prefixes to their names such as DR, PROF, ATTY, MA'AM/SIR, PHD, or MA. Prestige is attained through years of dedication to one vocation involving long periods of study committed to acquiring data, knowledge, and experience. They must also commit much of their time and resources to one topic, which the tribe recognizes as "hot," "relevant," or even "sexy", as opposed to "irrelevant", "stale", and "boring" topics.

In most societies, rites of passage come in prepubescence or adolescence to mark the individual's entry into the adult world. However, among the Actademixvocates rites of passage are held for an individual at a rather late age. For many, this ritual may never come. Their culture shows striking similarities with the When-wi Tribe, having a vast and complex oral tradition, many of the tales beginning with the sacred phrase, "When we were..." or "When I was...". In recent centuries, much of this oral tradition has been codified by the tribal leaders. Some of their rituals resemble those of the Wherdafakawee Tribe, such as the Ritual Assessment where tribal leaders climb to the top of the ivory tower to discuss vital questions such as, "Where the fuck are we now?"

The cosmology of the Actademixvocates is complex and excites much debate, especially among the tribe members themselves. Their universe has at least three known levels: terra incognita, academia, and "the real world," which is sometimes also referred to as "the grassroots", "the people", or even "the community". There are many other variations to the latter level of the Actademixvocate cosmos and a voluminous lexicon is currently being built up on this level alone. At least nine other levels are kept secret by the tribal elders. The Actademixvocates cannot seem to decide among themselves which level is most desirable: academia or "the real world", thus their tendency to "mix" the two. It is interesting to note that this cosmological level is nothing like Christian or Muslim notions of the heavenly after-life. Instead, it is a state of being, much like Buddhist enlightenment. By contrast, terra incognita is equated with a life doomed to limbo, or to put it simply -- hell. An Actademixvocate's place in the universe is determined by a combination of four things: the pursuit of study ("research"), publication, skillful speech or writing in "everyday language", and the organization of direct action in order to bring about "change".

Phew! I didn't expect to write such a long introductory note but the Actademixvocates interest me greatly and I've been studying them for a very long time. My ethnographic work among these people has been so extensive that the elders have informed me that I may be invited to go through a rite of passage soon -- equivalent to being adopted as a tribe member. ("Soon", is a word derived from the language of the pure-bred academicians. It can sometimes mean many months or even years, rather than the "soon" we know of in everyday language.) At any rate, now that we're done with this introduction, I promise to share more notes on the Baguio Centennial Conference itself, as "soon" as possible.