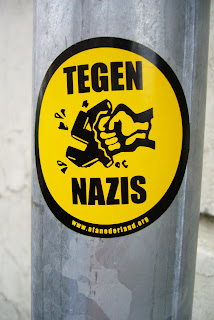 I am sick and tired of being bullied by truck drivers, jeepney drivers, taxi drivers, SUV drivers, fancy car drivers, school van drivers, bus drivers, and motorcyclists when I'm on my mountain bike! It takes me about 30 minutes of cycling through fumes and concrete streets to get to a fairly rough road, or a good trail where I know I'll be free from harassment on wheels. In those 30 minutes on the city streets, these are the things that usually happen:

I choke in black clouds of diesel fumes, or white clouds of carbon monoxide emitted by vehicles that shift into low gear just to overtake me.

I get deafened and startled out of my own skin by a bus blowing its horn behind me.

I get cat calls and whistles and lewd remarks, and no, I don't find the attention flattering. If a biker boy tells me I ride well, that's flattering.

I get forced into the gutter or unto the sidewalk by a driver that brings his vehicle alongside me, slows down, and turns ever so slightly into my non-existent bike lane. Just the other day, I could feel and hear a truck bearing down on me so I moved up onto the sidewalk and as soon as I did that the truck's rear tire swiped the edge of the sidewalk. I gladly gave the truck the finger as it disappeared around the bend, but I really wished I could've given it some serious damage.

If I were Miss Universe and believed in world peace, then I'd wish for well-mannered drivers and bike lanes all over the city.

But I'm not Miss Universe and I don't believe world peace is attainable and I hate beauty pageants. So here is an armory of secret weapons I wish I had in my war against bullies behind wheels: (But yes, bike lanes would be nice. And drivers who actually respect bikers and bike lanes would be lovely.)

I wish I had retractable blades in my shoes and handlebar-grips so as to scratch their shiny paint jobs if they come too close for comfort.

I wish I had dart guns attached to my hubs, so as to shoot nails into the tires of cowards that call out to me from a safe distance.

I wish I could instantly convert my bike frame into a bazooka and shoot potatoes into the exhaust pipes of smoke belchers.

I wish I had a sound bubble around me that could deflect loud horns and multiply the force of the sound and send it back to the source in higher decibels.

I wish I could give flying dagger looks, literally.

The Nashman said…
i once foolish attempted cycling from sta rosa to tagaytay. i gave up a quarter of the way. those crazy buses i could maybe avoid without crashing but their disgusting belch permeated the air and i couldn't breathe....
4 April 2007 at 07:11