The Future (my current obssession)

January 26, 2008
READING ADVISORY: This post is a not-so-random dissertation excerpt in disguise. Mwahahahaha!

In choosing a stance which explains the ethnographic present as a result of an irretrievable past, anthropologists often stand with their backs to the future. Generally speaking, the future is remarkably absent as an explicit object of anthropological research during fieldwork. Often, the future comes later in the literature, in the form of reflections, projections, and recommendations indirectly addressed to policy-makers, development-workers, missionaries, and other similar agents of change making incursions into the anthropologists’ area of study.
Unlike many anthropologists, environmental scientists and planners in various disciplines are obsessed with the future: scenarios and models based on visions for the time to come are their most important analytical instruments. Policies and environmental concepts such as sustainability and conservation, restoration and regeneration, in combination with issues of social justice, are outcome- and future-oriented (Nagpal and Foltz 1995). The lack of views on the future within anthropology becomes problematic in the global sustainability debate, where the emphasis is on the long-term future. It is one of the reasons why so few anthropologists play more than a marginal role in this discourse. 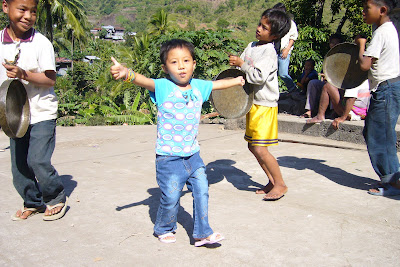 Furthermore, by seeking out traditions or patterns, researchers may be overlooking their subjects’ own innovative ideas. By focusing too much on the present and the past, researchers miss out on possibilities and options for change as seen by research participants themselves. A field where this is particularly clear is in the study of agricultural transition. People make changes, organise their lives differently, take new perspectives on available means of production and familiar ways of behaviour. They might take different directions because of changing circumstances. What might seem an unrealistic distant future for some, might be made more accessible through the actions of innovative and risk-taking individuals (see e.g. Conelly 1992). In searching for representativeness, anthropologists may be missing the opportunity to learn from these individuals about how people bring about a future that differs from present conditions.Knowledge of the way people take these decisions – under what kinds of circumstances and based on what kinds of considerations – is essential to gaining a better understanding of the present. It is also essential if anthropology is to be of more value in all kinds of development planning. People have been trying to forecast possible futures. However, the past and even the present cannot teach us everything about the future, particularly in rapidly changing circumstances. People’s involvement with the present can also be understood in terms of the image or perception of the future that they hold. People may opt for radically different alternatives that cannot fully be explained in terms of the present. Sometimes real transitions are being made; major steps forward or side-wards as induced innovations can be taken that differ in nature from those taken in the past (see e.g. Vayda and Sahur 1996; Henkemans et al. 2000).

This is taken from a co-written paper: Persoon, G. and P. Perez (2007), 'The Relevant Context: Environmental consequences of images of the future,' in B. Walters et al (eds) Against the Grain: the Vayda tradition in Human Ecology and Ecological Anthropology.

But the thought of an atenista, lasallista, or worst, assumptionista, passing this off as their own... THIS POST SHALL SELF-DESTRUCT SOON!