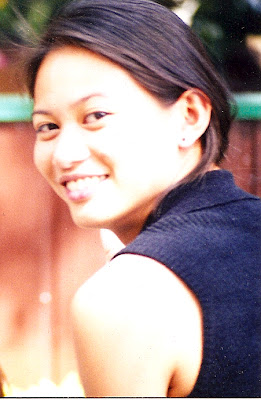 Today is Tihani's birthday. What I remember vividly of her is her laugh, a sharp staccato. On fridays and saturdays we'd start the night at Rumours with a double vodka tonic each. Then we would trek over to the now-defunct but still missed bar called Perk and guzzle several beers, yakking and cackling the night away. She was convinced that I was a witch, and I was convinced that she was psychic and not entirely benign herself. As a lark one valentine's day we booked a table at the Cafe by the Ruins and boisterously laughed our way through dinner, which made the mushy couples in all the other tables squirm uneasily in their seats and send dagger looks in our direction. We were oblivious. We were comfortable. Screw valentine's day games, we said. I also remember the pained look that would cross her face when we got to talking about life's biggest trials -- the families we were born into, the income we didn't have yet, what we really wanted to do in life (we didn't know but we had lots of ideas), our own stupid mistakes, and men. (The last two could count as one and the same, actually.)

Seven years ago, she and Gian, a dear childhood friend of mine, were abducted in his car. Their bodies were found days later in Tarlac, bullet holes in their heads. Police said it was a botched kidnap-for-ransom plan, a case of mistaken identities. Baguio gossip suggested that it was a vendetta, a love triangle, a fraternity fight. We still don't know who did it and why it happened. We only know what senseless violence really means.

I believe Tihani shines, wherever she is right now.