August 12, 2008
This is my second year in high school PTA. After last year's PTA experience I swore to myself I wouldn't get roped in again but I seem to have this terrible compulsion to accept -- or worse, volunteer! -- for time-gobbling things that I don't need and that don't need me. So last week, to my dismay, I found myself in the position of secretary for the Education Committee of the PTA. Great. I was right back where I was last year.

The Education Committee is in charge of organizing field trips, workshops, and other extra-curricular activities for the kids that will enhance their values, leadership skills, and spirituality. (Sounds awfully righteous, doesn't it?) But there was something notably different about this ED-COMM.

Last year's ED-COMM had three pastors and one assistant pastor. We spent 50-minutes of every meeting I attended debating values, leadership, and spirituality. There were debates about whether you could teach values separately from spirituality, and could spirituality really be taught in one lecture? Now these were interesting debates but it bothered me that every pastor thought that his/her values were the best values, and that his/her church was the ultimate example of spirituality. They took every opportunity to demonstrate how intelligent they were, and at every attempt they made I cringed. And what about cheating? How do we address the propensity for cheating? And how do we make sure our kids aren't smoking or drinking or god forbid taking drugs??? I became the devil's advocate for repeatedly stating that we are in a public school where the children belong to many different religious denominations and we have to respect that. Besides, I said, spirituality isn't just about religion. I was regarded as strange when I suggested we also distribute copies of the Koran when one of the pastors suggested distributing the Bible. Worse, I suggested we find a way to illuminate responsible choices and decisions rather than giving the kids a list of sins and evils that they shouldn't commit. The PTA President and I must have looked like heretics when we pushed for a students' workshop on sex education to be facilitated by a professional in the field. No, no, no, they said. That's too sensitive a topic. The other parents will be offended. That's not for us to handle. After four meetings like this in which only the final ten-minutes were spent discussing practicalities and how to actually get things done, I quit. I told them to call me to help out when they were done debating and were actually implementing activities. To be fair, these were pleaseant enough people (if somewhat biased and narrow-minded) and I was particularly fond of one of the pastors and his wife who took an interest in environmental issues, but I had no time to sit in on the ED-COMM religious righteous debate society meetings. 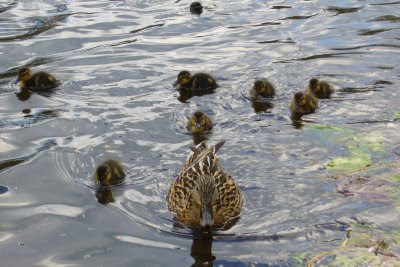 This year's ED-COMM is made up of those "other parents". All the members are mothers, with the exception of one man who introduced himself as his "wife's representative because she couldn't make it today". The first meeting we had was brisk and efficient. We went around the table and every mother gave suggestions for activities for the ED-COMM to organize. As secretary I listed everything down. This was the first surprise. No debates, no preachy sermons, no dismayed statements about the seeming lack of reverence and religiosity and direction among the kids. Just straightforward suggestions. A list of things to do. And let's make it quick please because we all have to go home and cook dinner.

And then one mother said, "Could we please add to the list workshops for all year levels on adolescent reproductive health? I work for a NGO that specializes in that." I drew in my breath and waited for protests, or for the other mothers to make the sign of the cross or something. There was a moment of silence. And then, "THANK YOU!" yelled one of the mothers and then all at once all the mothers broke into a chorus of loud YESes and "we really need that" and "good idea" and more thanks.

What a refreshing difference! I'm looking forward to a good year with the PTA ED-COMM moms.

padma said…
Ay naku Nash, you'd love it! D naman prerequisite ang parenthood. If you have a distant cousin thrice removed or something like that in the school, pwede ka nang makialam. But I think the pastors all moved to the Ways and Means Committee this year where they can deploy their expertise in raising funds. Ano kayang ide-debate nila dun?
13 August 2008 at 11:33

Anonymous said…
But kiddies need to be watched. they need wisdom, and guidance, from parents. they need to watch each other and report Every Thing to their Parents.
Even watch what their friends are doing and then report everything to their friends' parents! yeah, that's the only way.
and why pollute their minds with suggestions to do things only married straight people are allowed to do, once a month with the lights off, fully clothed and in between prayers?
what is this world coming to?

padma said…
Trulily, now some parents don't seem to mind spending hours debating morality in PTA meetings when they could be spending that time inculcating their brilliant ideas in their kids instead. Oh the irony.

And why pollute their minds, indeed? There's enough of that in the world already ;)

As for balanced knowledge on reproductive health, I think that's something that should be accessible to everybody who has hormones, especially teenagers who -- yes -- should be watched over closely and tenderly by the parents.
16 August 2008 at 08:48

the mad hatter said…
I'm not a parent, so maybe what I have to say may or may not be relevant. But I do think constant surveillance can be just as-- for lack of better word-- damaging as total negligence.

When I was a teenager, very long ago... okay not so long ago, I think the greatest gift my parents gave me was to loosen up and little bit, and trust that I would do the right thing.

Law of attraction I guess, if you want your kids to grow up to be responsible, sane, emotionally balanced adults you have to believe that they will.

I'm not saying I was the perfect teen, but the foundations that were laid down in the beginning by my parents, teaching me what was wrong and right helped me figure stuff out on my own. And I'd like to think that I am fairly responsible and sane and emotionally balanced.

As for Sex Ed, I've weighed in on this before. I think knowledge is power, and I've heard stories where some teenagers think that putting a band-aid over their navel is enough protection. Or jumping up and down after intercourse is.

So it's cool that the parents are actually the ones bringing this idea forward. And I just had a thought-- as awkward as it may be, I think they should have a refresher course every year. Cause who remembers something they heard in 6th Grade?

Also, as a feminist, I do believe that as women we have every right to know what our reproductive rights are. Especially in a country where abortion is illegal (no, this is not me condoning abortion.) But if as a woman, you decide to go ahead and have premarital unprotected sex, you should know what the consequences are-- pregnancy and all the cost and change that come with it, as well as STDs. Also, what our options are when it comes down to it, in terms of birth control, health care, etc...