A Visit to Lias, Barlig (first of two parts)

We made our way to Lias on April 27, 2015, a place in the Mountain Province we'd never been before, because I broke a glass in our bedroom in the first week of April.

Muttering irately to myself, I grabbed a spread from an old newspaper and began picking up the larger shards of glass. As I placed the broken glass on the newspaper page, the word "Lena-u" caught my eye. It was the title of an article about a local delicacy in Lias, which would be prepared during the coming Changyasan Festival on April 28. Intrigued but also in a hurry to clean up, I used my phone to snap a picture of the paragraph containing the phone numbers of the author and festival coordinator, Sixto Talastas. Then I swept the floor, bundled up the broken glass in the said page from the Mountain Province Exponent and dropped it in the bin, article and all.

But lena-u had worked its spell on me. I had to get to Lias, no matter what.

There is no rhyme or reason to wanderlust; only an inexplicable urge to be on the move. It is two parts desire to just go somewhere -- anywhere! It is one part vague restlessness and one part a strong, if selfish need to widen the distance between oneself and the comforts and mundanities of home. It's a pursuit of things as they are, elsewhere. For the happily afflicted, movement towards a particular destination is soul medicine.

I mentioned the festival in Lias to Miss Pilipins, who mentioned it to the Basket Weaver, the Bone-Hunter, and the Woodcarver, and the next thing we knew, schedules and circumstances conspired so that were driving on the Halsema Highway the morning of the 27th, with the Outrigger at the wheel, the Little Big Boss in her car seat, and the dog, Lupa, in her crate. We didn't know what to expect but we were all in high spirits. We were going somewhere.

Barlig is on the southeastern side of the Mountain Province. Lias is the largest of its 11 barangays. We drove into the municipality on a newly cemented road that wound its way through mountains covered in dense, mostly intact mossy forest. 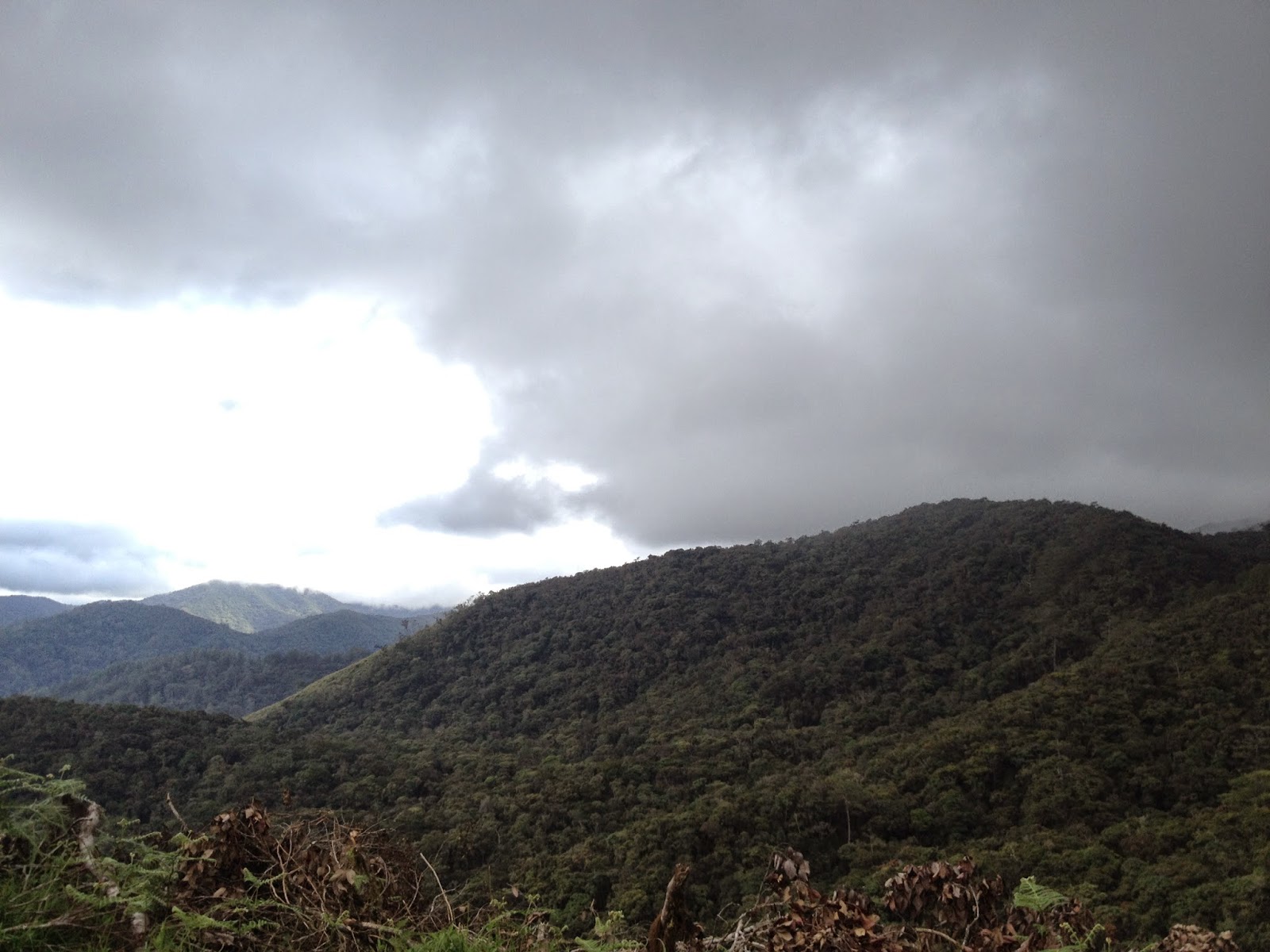 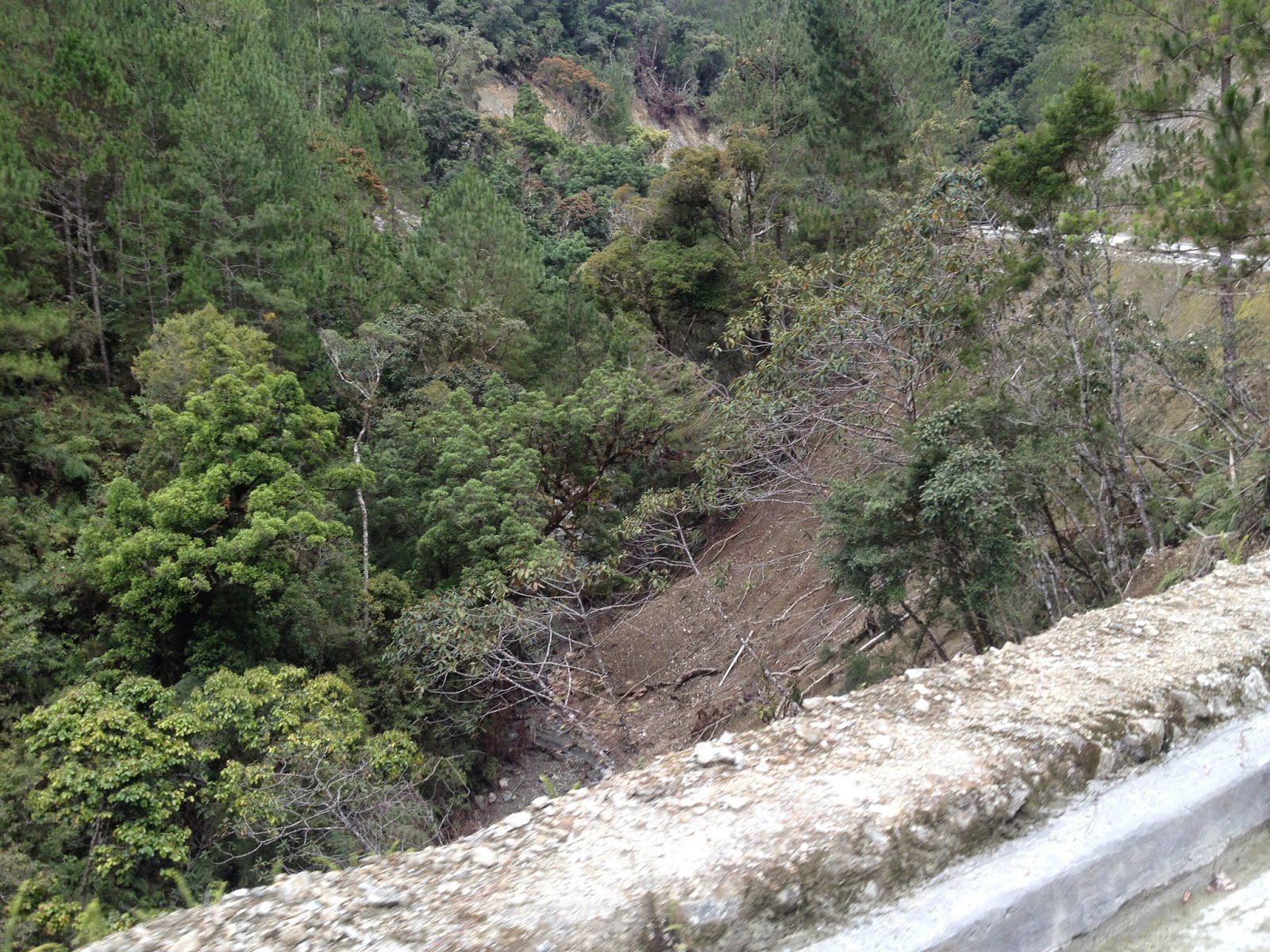 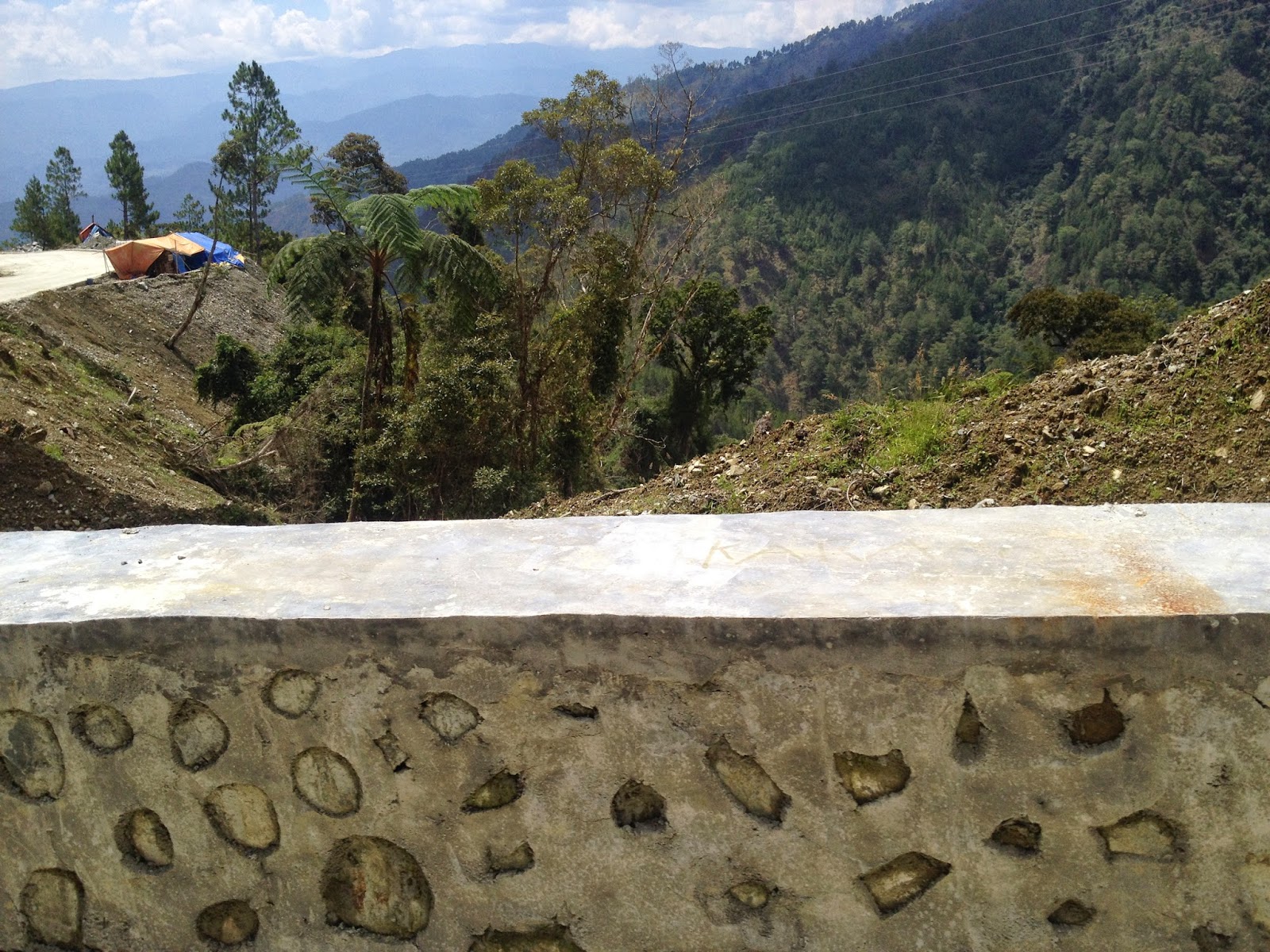 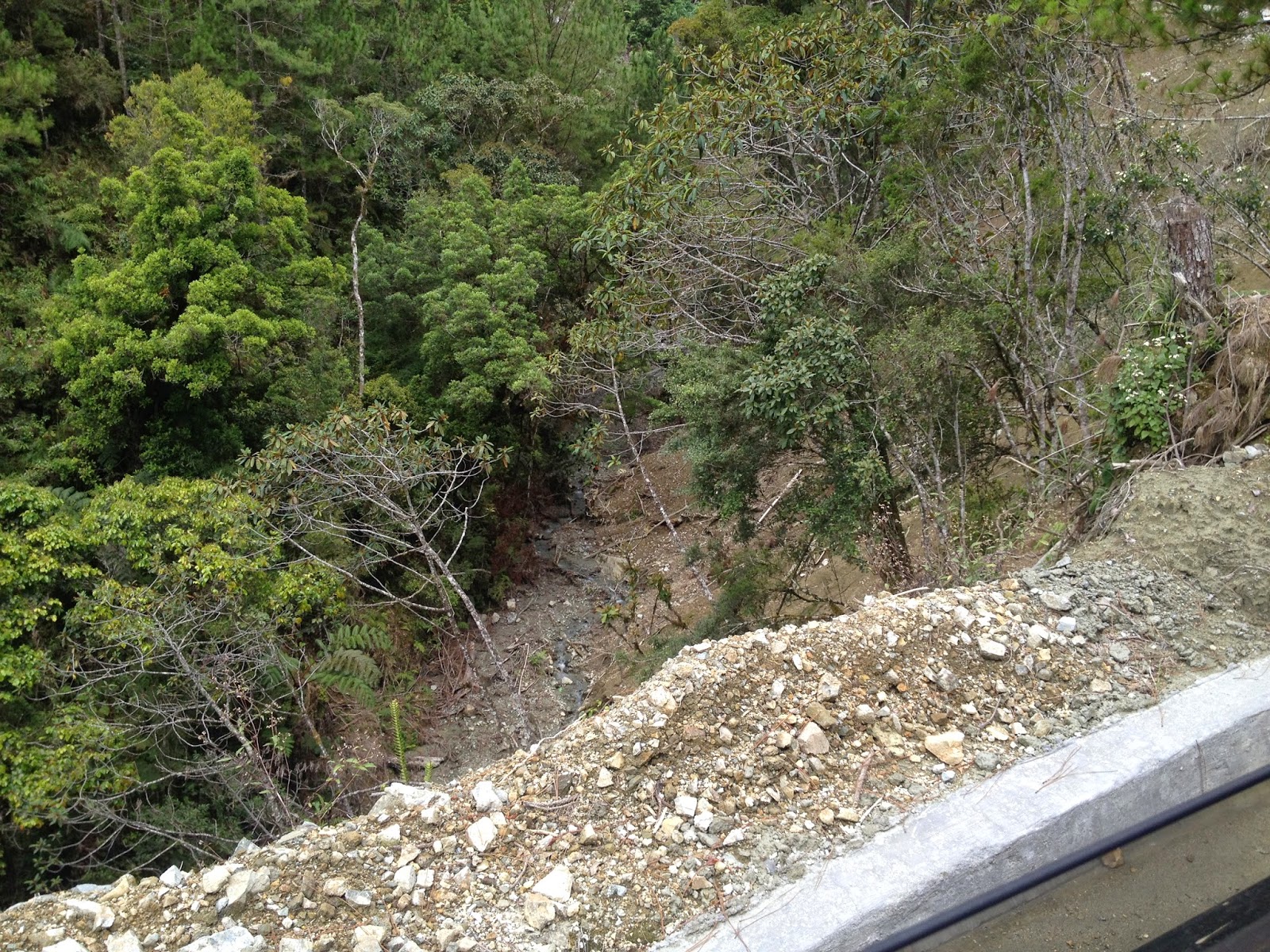 (And now, an angry aside I can't leave unsaid: from time to time we could see wide gashes in the forest several meters wide and hundreds of meters deep where careless DPWH contractors had dumped gravel, sand, rocks and soil over the edge of the road, down the mountainsides and into the rivers. DPWH should be called to account for allowing this practice among its contractors across the Cordillera Administrative Region.)

The road to Lias suddenly and without warning turned into a foot trail. We left our rides and walked down into the village of tightly clustered houses.  As soon as we came into the line of houses, we felt with certainty that we had entered another world, in so much as another way of existing is another world. It felt familiar and yet it was so different from the way we each lived back in our homes. The first person we met on the trail asked us, "May I know, who is your mother?" A common question for unfamiliar faces in small villages. It is a way to understand relatedness. Who do you belong to? I replied that we were just visiting, that we had no relations in Lias but that we were looking for Mr. Talastas. "Ah, tourists!", the woman said with some surprise. "Just keep walking down this way. His house is by the river." Everyone else we met, an old man, a young man, a gang of little boys, told us to just keep walking downward. 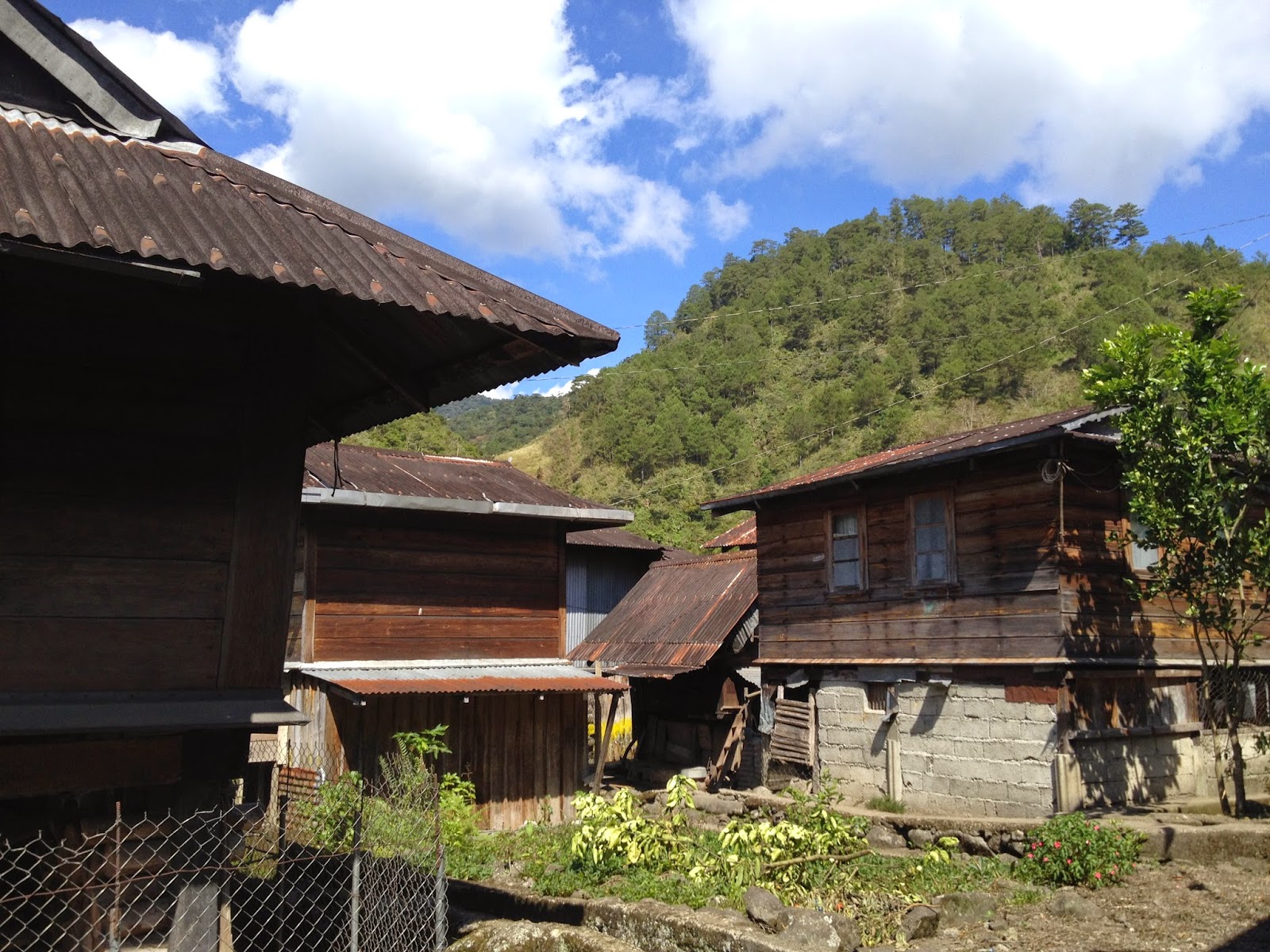 We found Sixto in his house with a paintbrush in hand. He was painting a banner for the following day's barangay parade. On the canvas was a bright yellow sun, and the beginnings of a hut. He invited us in, and we went over our options for accommodation: camping or homestay. For the first night, we chose to camp in an unused rice paddy. As we chatted some more and warmed up to each other, he explained that the Changyasan Festival is not linked to the agricultural cycle or to any traditional calendar or ritual. But, he said, the gongs would be beaten, there would be community dancing, games, and the preparation of lena-u. Lena-u! Each time I heard the word I became more and more curious.


According to an article published in the Sunstar, the barangay cultural festivals in Barlig are the brainchild of one of the former mayors. Critics have said that these government-organized festivals are mere inventions, particularly when they are not linked to any "traditional" celebrations or occasions. Moreover, they lead to the commodification and commercialization of customs, traditions, and indigenous cultures. In other words, some think these festivals are simply inauthentic and unhealthy for community life, especially where the Department of Tourism has had a heavy hand in developing them.

But what we saw the next day during the Changyasan Festival overturned this criticism completely. 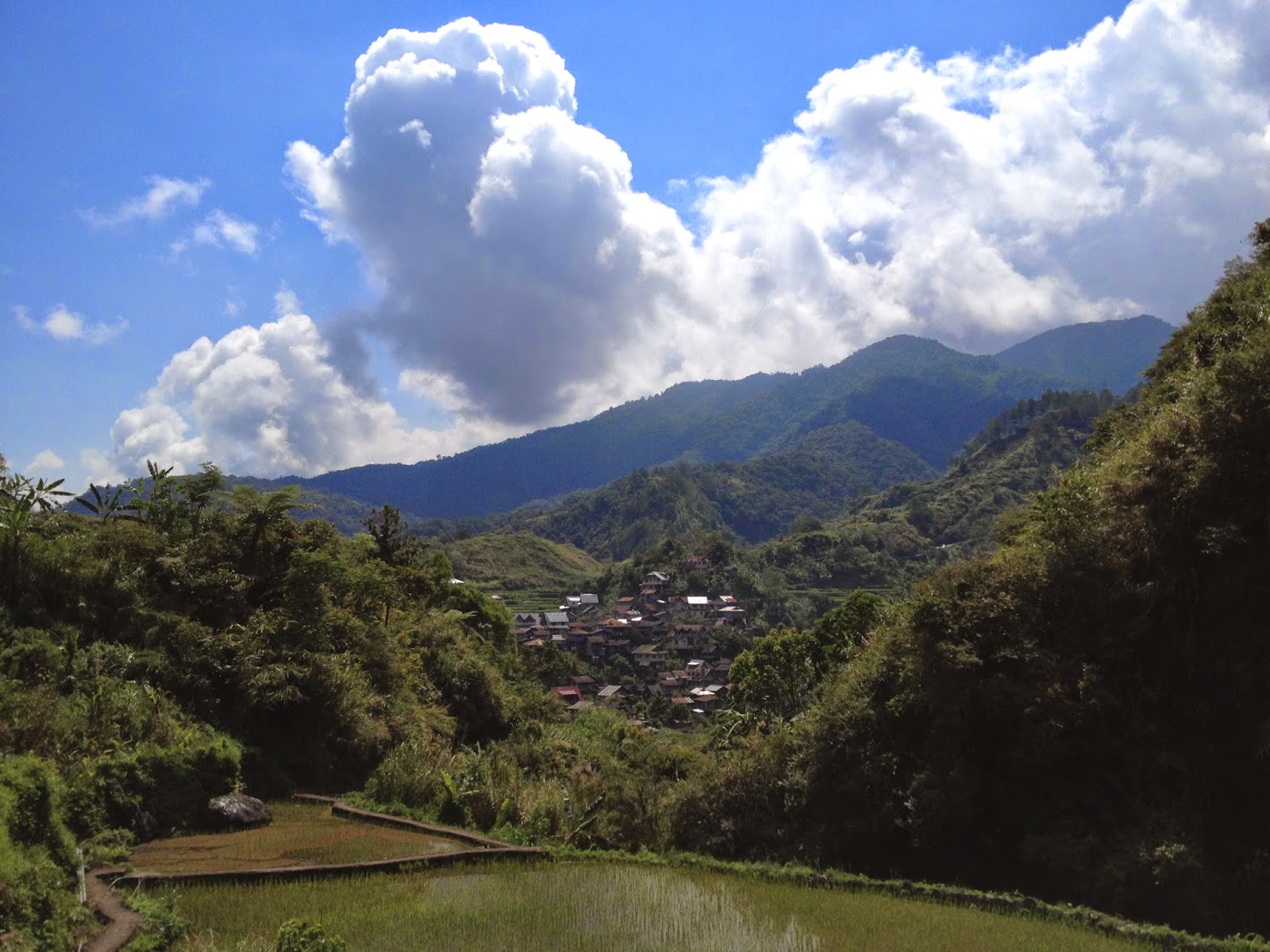