October 03, 2009
The tips of Manang Cielo's slender fingers are cracked from all the work she does growing things. Wedged into the thin cracks of her fingertips there is always earth. 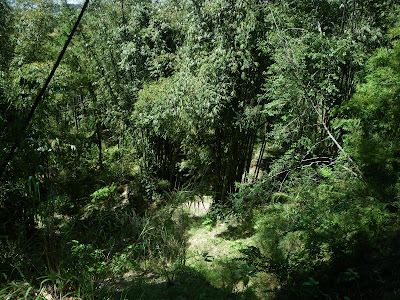 Her home is surrounded by bamboo, pine trees, magnolia trees, and coffee planted by her parents and before them, her grandparents. Everything grows in wild profusion. There are always green shoots of one thing or another pushing through the perenially moist soil and, if you look closely, insects and worms of all colors and sizes bustle about everywhere. Plants and fallen leaves cover almost every inch of ground, except for in a wide circle swept daily around the old house, whose wooden floors are always shiny.

Manang Cielo no longer bothers to go downtown. "There's no reason for me to go there," she says with disdain and a dismissive wave of her hand. "There" is just a ten-minute jeepney ride from where she lives on one of Baguio's hills. She says she sees enough of what's out "there" on tv, reads about it in the newspapers that her sister brings home. She doesn't like what she sees, thinks the ways of "people nowadays" are mostly to blame for the sad state of our city. She doesn't like seeing people much either. 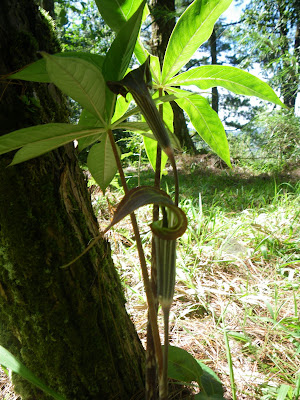 She prefers to stay in the forest her family made where, she tells me, she can see the clouds coming up to Baguio from the western lowlands veer towards her home, because that is where the air is cool, thanks to the trees. This family lot looks anything but cultivated but many hours are spent tending the land, clearing pathways for water, keeping the springs clean, planting more trees on slopes where the soil is coming loose. Once I asked her whether she was going to transplant the coffee seedlings springing up densely in one place and she said it was better to let things grow where they sprouted. Having plants in various stages of growth stand together in one spot helps to guide rainwater into the soil and keep it there.

Their trees harbor so many birds. I wish I were a birder so I could identify them when I spend time in Manang Cielo's place. I guess the birds stay because it's one of the few remaining places in the city for them to live. But Manang Cielo laments that there isn't enough food for them on her family's land. Sometimes she finds the dead bodies of birds on the ground and she says when she picks them up they are almost weightless.

After a particularly strong typhoon last year I went to see her and she looked distraught. Many trees and branches had cracked during the storm. "Much as it pains me, we had to cut some of them down." 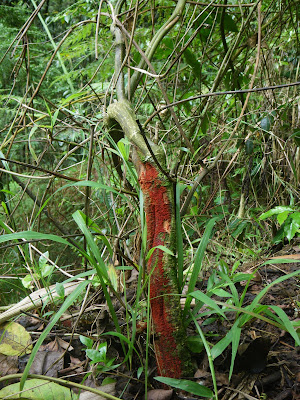 I told her about how, on my way to her place in a strong downpour I noticed that the rainwater was orange-red running down Bokawkan, Session Road, sections of Trancoville and Leonard Wood Road. Manang Cielo said that was definitely a sign of erosion. It interested her that I noticed this in sections of Baguio that are overbuilt and heavily cemented. She said that when the rainwater runs down their hill it is always clear, or light brown in some places, but never darkens to red or more threatening shades of mud-brown. Ironically, further down from where she lives, the water does run red. 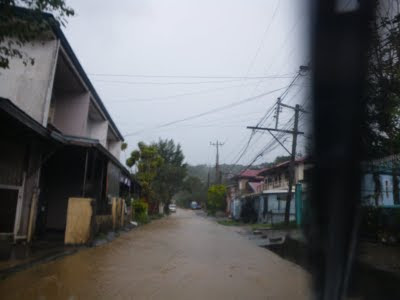 When disaster strikes and there are landslides or mudslides around the city and in other parts of the country she rails at the news, her voice shaking with frustration, "Why can't people learn? They should have known this could happen. The causes are right before their eyes! Can't they see?"

Manang Cielo is teaching me how to see.