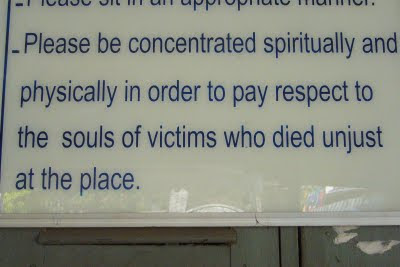 "We knew we had reached Toul Sleng when we saw barbed wire fences around the corner. When we entered the gate the hairs on my nape and arms stood on end. The air in that place is heavy with agony, anger, grief, and depravity.

"We first went to Building A, where interrogations were carried out. The rooms had iron beds and shackles on them and worst of all, photos of torture victims that had died on the beds. One room still had blood stains on the ceiling. It was difficult to breathe. I didn't know whether I wanted to cry or vomit. By the 5th room at the end of the hall, my knees weakened and I had to sit down. (Pan) was blurry-eyed and red-nosed... I had to send a text (home), to connect myself to love. I'm crying now as I write this. 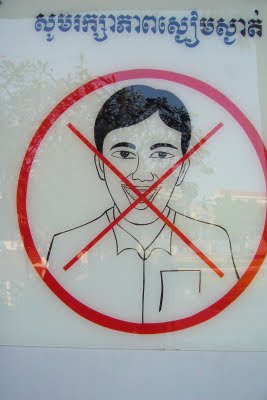 "After a few moments we entered Building B. The first row of rooms contained photos taken by the Khmer Rouge of all the detainees that were brought to S-21 for interrogation and extermination. The most difficult of all to take in were the panels holding photos of children. Some of them were just toddlers. Any one of them could be my child, I felt. They were all frowning. The photos of women also pained me. Most haunting of all was a photo of a woman staring right into me with glassy, pleading eyes holding her baby in her lap.

"At one point in Building B I stood still between opposite walls of photos of detainees. I felt their stares boring through me and I felt compelled to carry them in my heart forever. I closed my eyes and tried to be still for a moment before walking on.

"In Building C we walked through the brick cells for individual confinement. In the first and second room, the oppressive air was overwhelming. I had to gulp down my gag reflex and keep my tears in check... 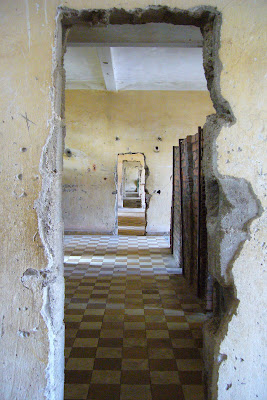 "... It's 1:30 in the morning. I can't sleep. There was another photo of a woman and standing beside her was her child. Maybe two or three years old. The child's face was grimacing and drenched with tears. I could almost hear the child's anguished, frightened cries.

"One of the prisoners was an artist. He was kept alive to paint scenes of torture that took place in S-21. I was reminded of people I know who were tortured in the Martial Law years, who said that when they met Cambodian torture victims in a human rights gathering, they felt like their own traumatic experiences were nothing by comparison. [I remembered tagging along with the Task Force Detainees and visiting Corazon Balweg and other political detainees in Camp Dangwa and listening to their stories of torture. I was ten or eleven years old at the time.]

"S-21 was done by people to their own people. Any one is capable of doing this but few are capable of surviving it with their inner core intact. S-21 could happen to any one, in any scale. It's frightening to think of what people can do to each other and how it could even become easy to do these things, how it could even seem right. Two things come to mind. First, do not pride yourself in resisting temptations you've never had. If one were to find oneself in a position to commit or permit acts such as those committed in S-21, would one be able to turn away from it? Would I? Would my loved ones and respected ones turn down such power? And secondly, if one were to find oneself on the receiving end of these atrocities, would one have the inner strength to keep one's spirit intact? Would my loved ones be able to find peace within, in the midst of such pain and suffering and violence? Would I? ..."

I resurrect this memory because of my admiration for Melissa Roxas, whose spirit is clearly unbroken. I resurrect this memory because of my indignation over James Balao's forced disappearance. His family and friends have been searching, hoping, and waiting for 320 days. May Melissa's and James' family's quest for justice bear fruit. It seems to me that when so-called government leaders have no regard for the people they are meant to serve, it's those that DO care and DO serve that are unjustly prosecuted. I used to think that we were lucky that the Philippines has never had a genocide on the scale of Cambodia's. But as I wrote after my visit to S-21, it's not a question of scale. That it happens at all is wrong, whether it's done to one person, a thousand, or millions. I resurrect this memory... 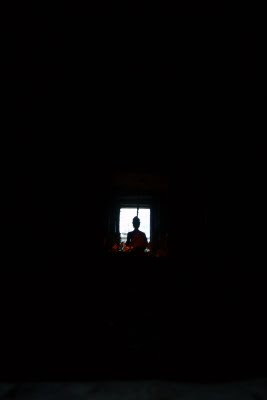 Pandora said…
Padma, I was gone from the cyber world for a time and did not realize that you had finally written about Cambodia until today. What can I say? That I was glad I was with you in S-21... that I am thankful we were spared from such atrocities... that thoughts of Toul Sleng keep me up on many nights... that I still do not know what to do with the Toul Sleng experience... that I am wondering whether there would come a time when I would have to do my part to stop war and violence... For now, the only thing I can do is breath.
4 August 2009 at 22:33