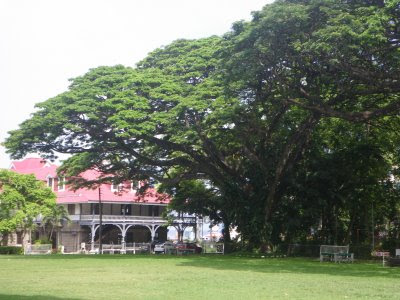 Silliman Campus
I used to harbor a dream of living in Dumaguete, in a one-storey wooden house with a screened porch that ran all the way around it, surrounded by lush green grass, an ancient acacia up front with a swing dangling from one of its branches. I used to picture myself in the garden, watering the plants and watching rainbows in the spray from the hose. There was a child playing on the swing.

The first and last time I was in Dumaguete was in 1993. I was a young and clueless fellow in the Dumaguete National Writers Workshop. Many things were said about my poems by the esteemed panelists. So much so that I came away somewhat afraid to write. Imagine, being afraid of something you love and live for. I got over the fear, eventually. No, that's wrong and sounds glib. I didn't get over the fear. When I write I am always afraid: Is this good enough? What will people think? Is this right? Can I say this? Have I broken any writing rules that I don't even know about? What I managed to do after a long period of feeling paralyzed was to regain the will to move a pen across the page, no matter what, because I needed to and because I had learned new things about writing as craft.

But the one thing that was said to me about my writing in Silliman, which I haven't forgotten and will probably never forget, was told to me by a fellow Fellow: "I think your life is more exciting than your writing." And I knew when she uttered those words that she was right. And perhaps she still is. 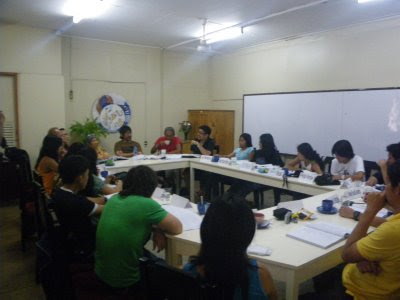 Sixteen years later, I spent my first day in Silliman sitting in the back of the room in Katipunan Hall, where the fellows of the 48th writers workshop sat with the panelists. I could've gone to the beach with Ian and Tara, but opted to stay, saying to Ian that I was thirsty for this sort of thing. I had no idea what I was in for. The story being discussed was about a woman who had just had a miscarriage. When this dawned on me, I asked the woman beside me (she was also sitting in) whether I could borrow her copy of the story. Half-listening to the panelists, half-speed reading, I rushed through Kudkuran with my fingers trembling as I turned the pages. The panelists gave me a chance to make some comments and I pointed out some details about the pregnancy and the miscarriage that had to be ironed out. It struck me how the protagonist's scraping of a coconut on the kudkuran mirrored the scraping of the womb after a miscarriage. When it came time to reveal the author's identity, we were all astounded, for the writer of this story was a young man, Gabriel Millado. We applauded him.

Neil said, "Our characters are the children of our sympathy. By writing about this woman, you have become a woman."

At the end of the session, Neil and I walked down to the Boulevard, talking all the while about Amsterdam, this country, ourselves as a people, ghosts, the departed. We watched people help pull in the nets of fishing boats as the moon rose and the sky darkened. An old man appeared out of the crowd and paused beside us to play a melancholic refrain on his saxophone. 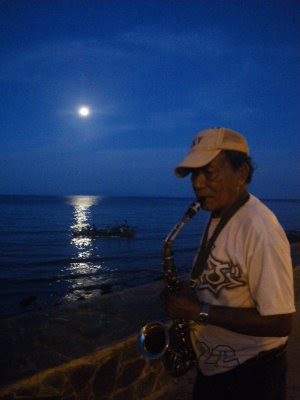 It was pure Dumaguete magic.